Finally winter season is about to leave.Today there was no sign of fog but still it was little cold.Well most of you must be tackling from snow fall and snow storms but I'm free yippee!

Some pictures of Delhi during winter season, 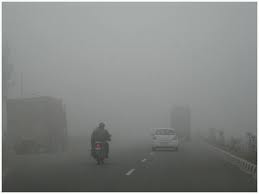 It is very hard to travel in such kind of weather. 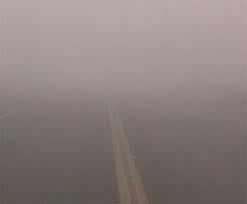 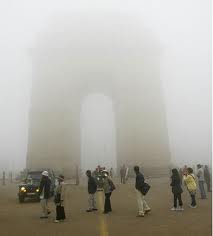 
I personally don't like winter season at all.It is always so cold I don't feel like going out early in the morning and at night.But my bad luck is that my exams have been held on from 20th December to 20th January which is the coldest period in Delhi,India.I feel very lazy in getting up in the morning and usually prefer to sleep because its so cold and you are all set in the warm blanket so you really don't want to get out of it.Having bath is like a war for me.Seriously it really needs a lot of courage to pour water on yourself even if it is hot! but still when you do you feel good after that.Another thing because of which I don't like winter season is that I don't like to sit in front of heater , feels so hot , don't really feel comfortable with that!
I like spring,summer and autumn season more as compared to winter. In spring and autumn weather is just so normal I feel like hanging out with my friends and my parents all the time.In summer yeah the scorching heat is very irritating but still I get rid of it by standing in front of my AC which I like a lot and do every day during summer time.Yeah one more thing , in winter we wear lots of clothes ,I don't like to get stuffed up! But in spring, summer and autumn we can wear a variety of clothes , well in case of girls ;) lol .


Which season do you like the most?
Posted by Garima at 1:49 PM