The Movie got cursed ! 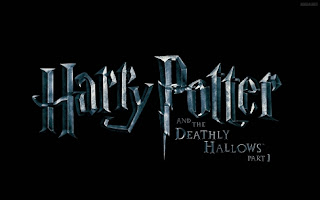 HBO (Home Box Office) India made whole India angry by there mistake they committed on Saturday 1pm. Though when I remember about that now I laugh but at that moment it was like "wtf"!
HBO was about to show "Harry Potter and the Deathly Hallows" (Part-1) at 1pm as well as at 9pm. Actually it was the premier !

Clock struck 12:55pm and I switched on my TV ...switched to channel HBO and sat down the couch waiting for it to start.

Clock struck 1pm ...movie started...so happy...but wait...what is wrong with the movie?????
The video was way fast than the audio !!!!!
It appeared as the video was been set to fast forward mode and audio was been played normally!

That was the shocking moment...

Premier of "Harry Potter" and it all got ruined. Was waiting eagerly for the movie when I learned that it was about to be telecast on HBO at 1pm and 9pm on Saturday.Sat in front of the TV all ready to watch and the movie got screwed!!!

But still I was watching it in the hope that guys over there will restart the movie after advertisement and everything will be all right because it was some problem over there that created disrupted transmission of the movie.So I was waiting and waiting...

Advertisement over but movie was not been restarted ..the same problem was coming and they obviously could not fix it in that time.So I just switched off the TV and logged in on Facebook and checked the HBO India fan page.

Some of the funniest comments I read were...


"Guess Voldemort is running the show on HBO India now"

"Screw you HBO...wait till i get a wand....i'l avada kedavra your sorry arses"

"Muvi of the month. LOL"

"Technically HBO has been hit by Death Eaters it seems ... need a wand to rectify it... guys cmon take a break & rectify the prob"

"Are you guys asleep? Or have the death eaters hit you?"

The fast forward movie ended within one hour and "The phenomenon" Movie started!

After 361 comments HBO guys replied on the fan page...


"SOS! There has been a terrible snag, causing disrupted transmission of our dear Harry Potter and the Deathly Hallows - I.

Please bear with us as we rectify this problem. We'll make it up to you, promise! "


Finally after few hours a positive reply came from them...


"The spell is over and all voodoos are gone!

Yes, We're back... with Harry Potter and the Deathly Hallows Part -1! Catch it tonight at 9pm on HBO India.

So then after all this I sat on the couch again at 9pm but fingers crossed and the movie was played awesomely without and disruptions and problems and enjoyed it fully :)