In my previous post One law...Hang till DEATH !!! I mentioned about the most terrible gang rape case that took place at New Delhi,India. 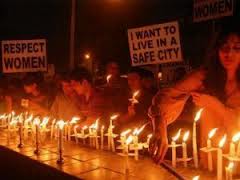 I wanted to update some good news regarding this incident like the girl survived ...the victims got hanged...but there is no sign of anything good happening.


"
On 19 December 2012, the damaged intestines of the victim were resected due to risk of gangrene( a serious and potentially life-threatening condition that arises when a considerable mass of body tissue dies) and she received intravenous nutrition and medication.On 21 December 2012, the government appointed a committee of physicians to ensure she received the best medical care.By 25 December 2012, she remained intubated, on life support and was in critical condition. Doctors stated that the internal bleeding had been controlled to an extent.
At a cabinet meeting chaired by Manmohan Singh,the Prime Minister of India,on 26 December, decided that the victim would be flown to the Mount Elizabeth Hospital in Singapore for further care. Mount Elizabeth is a multiorgan transplant specialty hospital.
The decision to shift the patient in a critical condition was been criticized for being purely political.This was so because in Delhi there are quite well equipped hospitals so she could have been treated in best hospitals in Delhi instead of sending her outside.Doctors also questioned the need to transfer an ICU patient for organ transplants that were not scheduled for weeks or even months later. Government sources indicate that Chief Minister of Delhi, Sheila Dikshit was personally behind the decision.

During the six-hour flight by air-ambulance to Singapore, at 30,000 feet, the victim suddenly went into a near collapse. Her blood pressure dipped alarmingly, and doctors on the flight had to create an arterial line to stabilize her. An arterial line is an ICU procedure where a thin catheter is inserted into an artery to monitor blood pressure real-time, rather than by intermittent measurements. That the doctors were able to perform this procedure in-flight was considered a medical feat.However, the victim never regained consciousness in Singapore.
On 28 December 2012, 11 AM (IST), her condition was "extremely critical" and the Chief Executive Officer of the Mount Elizabeth Hospital said that the woman suffered brain damage, pneumonia, abdominal infection, and that she was "fighting for her life." Her condition continued to deteriorate, and she died at 4:45 AM on 29 December, Singapore Standard Time (2:15 AM, 29 December, IST; 8:45 PM, 28 December, UTC). 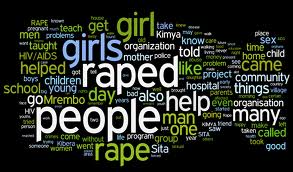 Although she has slept but she woken up a sleeping nation !!!!

She didn't died...its just she has been moved to a better world where no Rapes happen !!!

Sorry to say but Daughters are neither safe inside a mother's womb nor outside in this world :'( 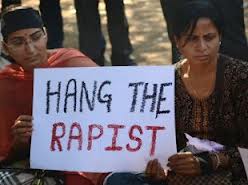