Again I'm back with "Dark Matters : Twisted But True" and this time I will talk about Monster study.

This episode was all about stuttering.As we all know scientists perform weird experiments all the time and in the old days this was very common.Now a days many laws have been introduced and it is been taken care that no experiments are been performed on children because earlier such things used to happen whose results were not good at all ! 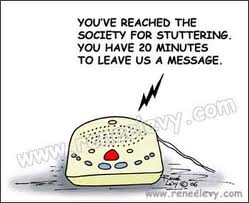 So the episode began with two students out of which one had this stuttering problem.They both wanted to find the reason and wanted to cure this.The guy with this problem was more curious about the cause.According to him he was absolutely fine till age 8 and it was been said that mostly children suffer from stuttering and as they grow up they recover but he was not one of them.This made her mother ask him certain questions that was he not like others.These questions made him quite nervous and scared him all the time .This caused him to stutter and got so much effected that he could not ever get himself recover from this.So he wanted to confirm that was it with him only or is this one of the reasons that used to cause stuttering.

So he decided to perform certain tests on children to clarify his own thoughts.He went to an orphanage and had a word or two with the owners and the care takers.All agreed and the experiment began.

The experiment was that group of students were divided in two groups.Children in both the groups were given a speech to read.One group was praised for reading the speech correctly and the other group, way of giving speech or say way of talking or saying was not appreciated.They were said that they used to take breaks in between and they are not speaking properly though everything was actually fine.This was done to induce stuttering in them and they became successful.Well but the actual reason was that this group got so scared of everything they had to think twice while saying even a small word which introduced stuttering in them.

Now the same thing was performed with the first group as they were all good but the result was same.Both the groups began to stutter. In fact some even stopped talking !

As the reason of stuttering came in light now it was their duty to make those children come back to normal.So now while they used to say anything they were appreciated all the time.They thought that by doing this they will regain confidence and everything will be back to normal from where all this started.But this never happened.They were unable to recover from this which made everyone feel guilty!

Everything came so much in light that they started receiving criticism , almost everywhere!

Case in the Court regarding this began and the result came ...

Those who suffered and were alive were awarded cash later on I guess in the year 2007 . This case took so much time because there were no eye witness but somehow the case got solved.

The episode ended but made me feel quite sad . How could anyone just perform such experiments...this episode was very disturbing!

Could not find even a part of that episode on Youtube  >:(
But still Showing you the Trailer ...describing what this show is all about :)