It's not about me

It is actually the name of a new series that I watched previous week on Discovery science and was interested in sharing it with all of you about it.The series is about how numerous small parasites or various infections can affect us badly if not detected in time.This episode was about Face Eating Parasites.

So the episode starts with a guy named Adam Spencer who was on an amazon trip(don't remember exactly) with his girlfriend .They were heading towards Bolivia through Peruvian amazon. 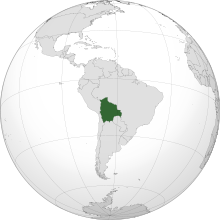 They were enjoying the trip and were so happy.That guy proposed her and they were about to get married after this whole trip.

One night,Adam noticed some kind of small pimple on his face while washing his face.It is a normal thing so he did not worried about it and moved on.As days passed that thing got even worse.They both thought it is some kind of infection so Adam applied some antibiotic ointment on that area.

Day by day it got worse.They consulted some doctor who gave antibiotic injection learning that it was some kind of infection.Even after the injection the skin disease was still the same.They went to some other hospital and talked to a skin specialist.He cleaned the area and took a part of it and sent it for culture.After reading the culture reports they get to know that it was leishmaniasis which is a one cell parasite that damages soft tissues of neck,nose and mouth.

It is transmitted by the bite of certain species of sand fly found in tropical forests.

So, it was quite obvious how Adam Spencer got affected by it.He was treated with Amphotericin b intravenous therapy for about 20 days.It got cured.But still patch remained and there was no solution for it.

So from this post what I learned is that whenever you go for a trip at any place make sure you do a lot of research about it.Let it be,what kind of diseases you could get infected with ?
Precautions?
Is there any need of any kind of injections you need to take before going over there?

So you really need to take care of yourselves while you are out!