Making a boyfriend / girlfriend ends your own life?

At our age their are loads of people falling in love.It appears as if making a boyfriend/girlfriend has become one of the necessities in our life.But is it that after making one your own life comes to an end?
Well for me it's surely a big NO and for some of you it will be YES.

I have come across some incidents in my life which show that the couples put on restrictions over each others life and in future relationship comes to an end because it becomes difficult to follow all the restrictions that have been put on you! 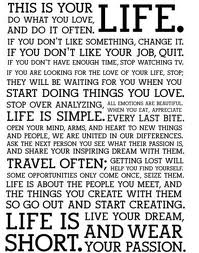 I have seen two such incidents in my school life and I am proud of one of those incidents .

When I was in 8th standard one of my friends became in relationship with a guy who was one year elder than him.They were quite happy with each other.But when we entered in ninth standard obviously we and the boys became great friends and she too but her boyfriend felt jealous whenever he used see her talking with some other guy.So he told him not to talk to any guy except him and she was so much in love with her she agreed to that and left her male friends and we all were so surprised with this thing and I was like ,"yeah okay little jealousy is healthy for every relationship because it makes you love her more,but it does not mean that you make her stop talking with some one because you are jealous !" .From that very day I realized that this relationship will surely end because according to me a relationship does not mean putting restrictions over each other,it simply means understanding and having faith and trust over each other that whatever step they both will take will lead to good.If a he had said her to stop talking to one guy because he is bad then there was no issue at all but I completely disagree with what he asked her to do.So as I had mentioned earlier that their relationship will come to an end,well it came to an end but for some other reasons.So after her break up she came back to all her friends and we all accepted her and forgave her for whatever decision she made.

Second one is:
When I was in 10th standard again one of my friends came in relationship with one of my male friends.Well it became official in 11th standard but you know its very easy to figure out if something fishy like this is cooking! The problem was the same but that girl was so determined that whatever happens she will not at any cost will ever loose her best friend.So the guy started pressurizing her,after some days of this melodrama she said her that if he is ready to loose one of his close female friend then she will surely leave her best friend. Now everything depended on the decision of the guy because the girl she wanted him to leave was one of his close friends.So days passed and he finally decided that he will not do such sacrifices .So this matter ended but not for long and finally for numerous reasons she decided to breakup because she loved her life more!
and this was the incident that I was proud of because it takes lots of guts to make such decisions. 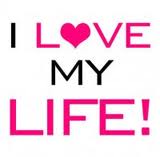 From these two incidents I realized that at this age our own life is much more important because this is the only time when we actually live for ourselves and fulfill our dreams.After marriage obliviously life will be different and couple will live for each other but this is surely not the age to do this kind of things.
If someone cannot except you in the way you are then their no way by which this relationship will ever grow.

Yeah adjusting is also something in a relationship but it does not mean to loose your freedom.Adjusting is covering up each others weaknesses.
Hope don't ever see or face this kind of situation in my life because it's not something to be happy about.
Posted by Garima at 2:57 PM