Seriously,
Yesterday I was like "what the hell is going on?"
Yesterday was one of the most disturbing and unhappiest days of my life.
I actually realized that whatever you do some days are really not just meant for you!
Yesterday our gang of five girls had a plan to go out and have fun. But at the last moment plan just went down just because of my two friends. One was ill and the other one had come up with some family problem and I was like aaarrrrgghhhh >:(
Just imagine plan was made out 4 days before and nothing happened in those four days.Everything that happened was the day we were planning to go out.This really sucks.
Gang of five girls ...two got out...and I was like "what on earth three of us will do?"
I was not really in mood of going any where when the two girls called off !
So I just cancelled the plan ...I was so angry...
It was not there fault too I mean fever and family problem ...you can never say anything on these issues.Maybe it was a coincidence but still "what a bad coincidence"  !
I was angry and didn't talked to anyone for a while and those who messaged I was replying with a fake smile.
Both said "sorry" and I said "its okay".
But I really didn't meant that at all !
I know it was not their fault too because it just happened !
But why the hell it happened ? 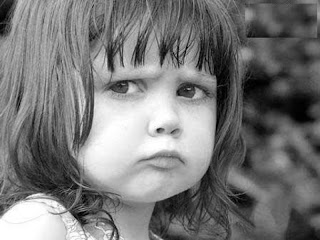 Well apart from that....
In the evening out of 124 contacts I picked out one contact who is one of my dearest friend. I thought that if I'll have a conversation with someone I'll surely feel good.But surprisingly it not went like that what I thought!

My conversation with that friend was not good at all ! Maybe it was because I was angry.
That conversation was really pissing me off !

So I just stopped that thing and just watched TV. Yesterday even small things were hurting me like hell !

At this moment I'm still angry because till now I've not found that "someone" with whom I can share this and tell how actually I'm feeling.
Then I thought blogging is the only place that doesn't make you piss off  like this so I just thought of blogging it off !
While I'm writing I'm feeling little better but still not getting over this !
Not in a mood to talk to anyone !
>:(
:(