The fun,fooling around,teasing each other all the time,clearing out misunderstandings,crying for each other and helping out each other in every possible way has just came to its "THE END" is what I'm feeling at the moment.

It started with what everyone uses the word "group". Then everyone faced the ugly truth that it was never a group,there were two groups who used to hangout just for fun.But whatever it was,we were still together (kind off!).

Then came the phase where everyone realized who cares for whom.But still no one left and were still together spending time and sharing moments,happily!

Some kind of shuffling between the two groups took place and those who actually cared for each other started spending time together whenever they were free,started talking a lot on social networking sites and on messages as well.Whatever the situation was,everyone used to sit and have a little chit chat despite of all the misunderstandings and fights.

Then some new faces came and bonding between everyone took a new shape.Well they were in touch with us from the very beginning but their presence never used to affect the relation we all used to share.But now it affected and that too a lot.

In these two years almost everyone's priorities changed.Instead of some good bonding which usually happens and what usually everyone expects, formed small groups or say sub groups and that too many!

Now what I feel like is,everyone is just fed up of each others behavior and are just wishing the college to end so that everyone could just stay happy in their own lives and in their own space.Now everyone's attitude is "I don't care!". What I can see, everyone is being egoistic,don't want to make themselves bend in front of anyone.

Now no one cares if they don't talk to each other for days.It's just normal because now they have someone else better to talk with ! 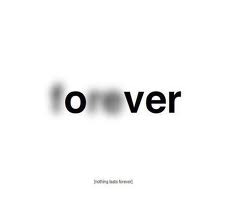 We have reached the saturation point !
Posted by Garima at 1:51 PM